Hi this is Rob James, I’m an SMP artist situated in Vancouver British Columbia Canada. As one of the busiest SMP artists in Western Canada I frequently receive emails and DM’s from people interested in Scalp Micropigmentation.

My blog posts expand on the most frequently asked questions that I receive. I do hope that you find them informative and that they help expand your knowledge on the topic of scalp micropigmentation.

“Are there any side effects to Scalp Micropigmentation (SMP)”? 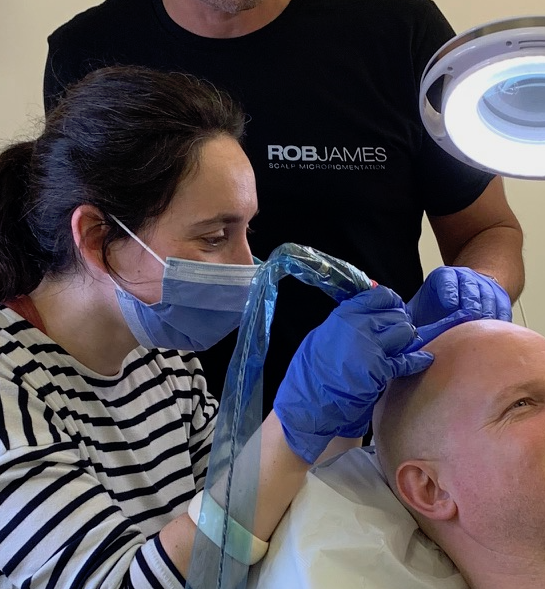 A carefully administered SMP by a skilled artist, results in minimal side effects

The number one side effect of SMP (if it is done correctly) is that you will look awesome!

Compared to a hair transplant SMP has very little in the way of side effects. A hair transplant of course being more invasive, more expensive, higher risk, longer recuperation, higher failure rate and of course permanent scaring.

However this isn’t to say that there isn’t any after effects to your SMP.

Immediately after your SMP sessions your scalp will be little red. The impressions might initially appear darker and larger. But as your skin is heals the impressions will slightly shrink and lighten. 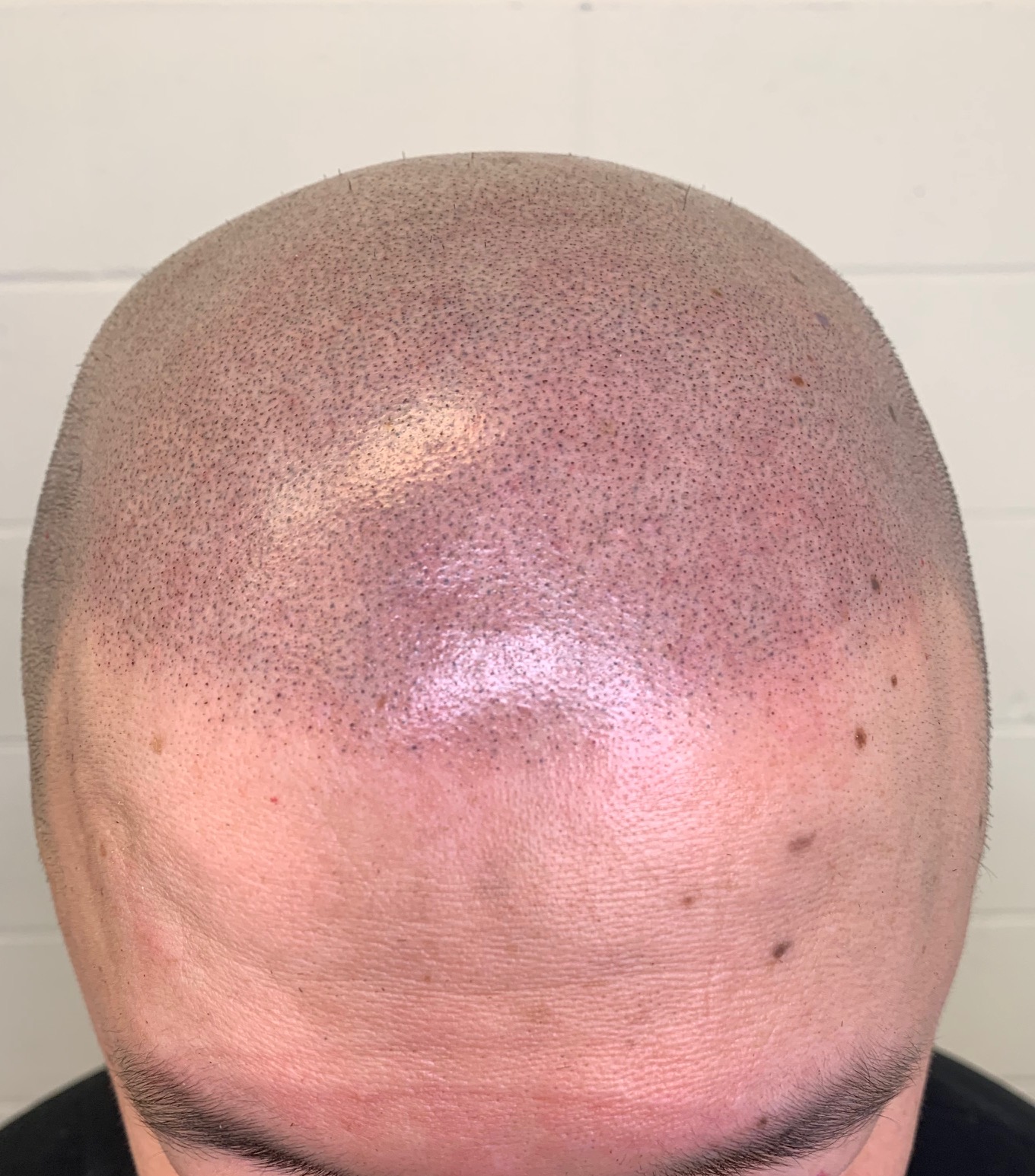 Some of the impressions will form into a tiny (unseen) scab that over time will heal and fall off, sometimes taking a little pigment with them. This is one (not all) of the reasons for fading in between sessions and one of the needs for multiple sessions.

Unlike a hair transplant with SMP there is no real downtime. Each procedure (usually 3) takes about 3-4 hours, after which you may return to work if you so please.

A good practitioner practises in a sterile, clean environment, with sterile, disposable equipment to minimize any risk of infection. However, how you look after your scalp once the SMP has finished is just as important.

There are some aftercare guidelines to follow which will minimize any chance of negative side effects.

A good clinic will have a thorough and comprehensive aftercare protocol for their clients to take home and follow.

I will discuss the results of a poorly administered SMP and categorize it as a negative side effect of SMP.

Negative results due to a poorly administered SMP procedure. 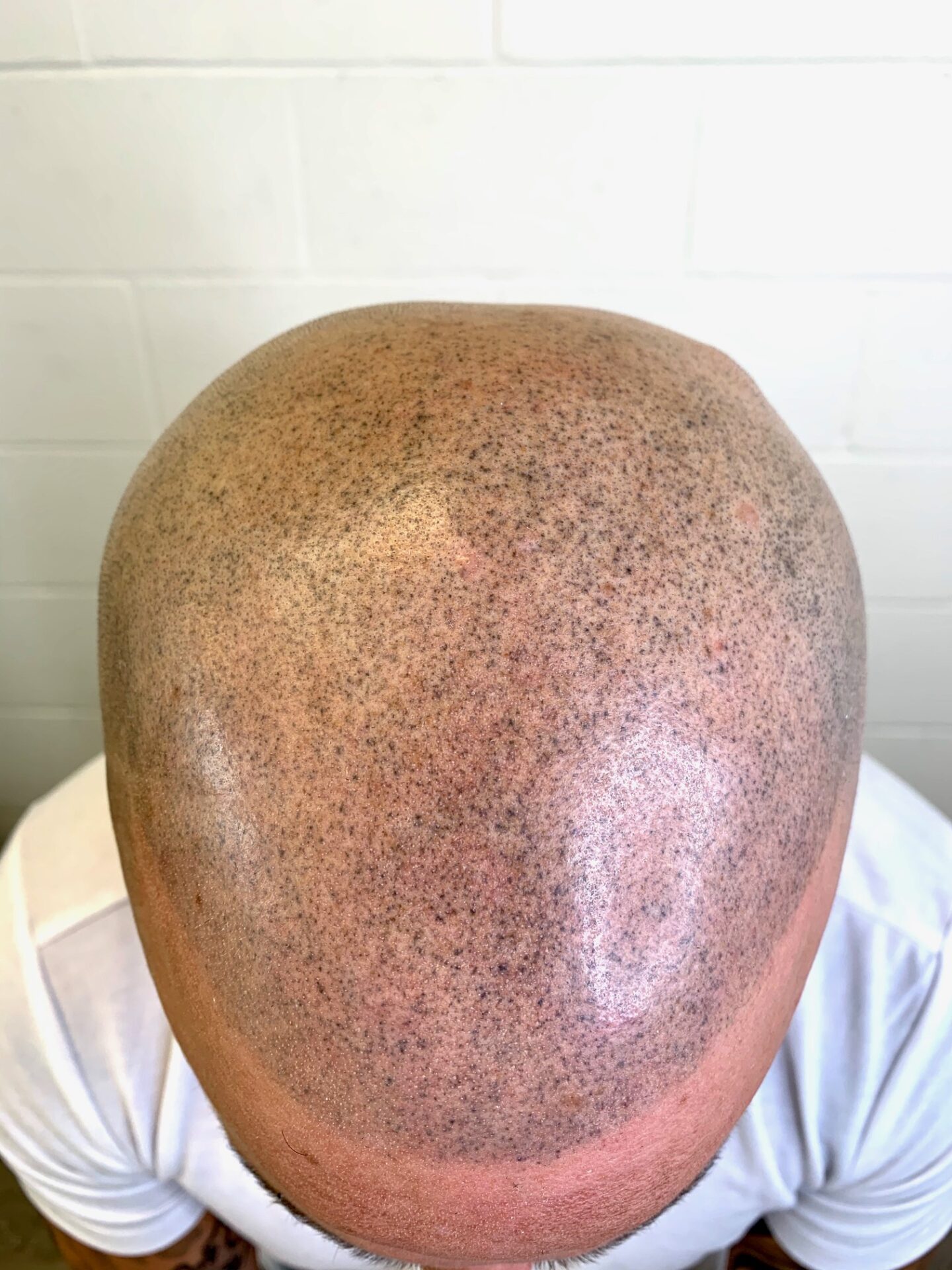 Some of the negative results from a poorly administered SMP procedure could include. Infection, discoloration from incorrect needle depth, blowouts from needle depth and poor needle timing, poorly mapped out hairline, impressions too close together resulting in a mono-coloured helmet effect. Uneven fading due to needle depth being too superficial.

To avoid negative side effects and undesirable results from a poorly executed SMP procedure, it is vital that you seek out an artist with proven experience, skill and a keen eye for natural detail. 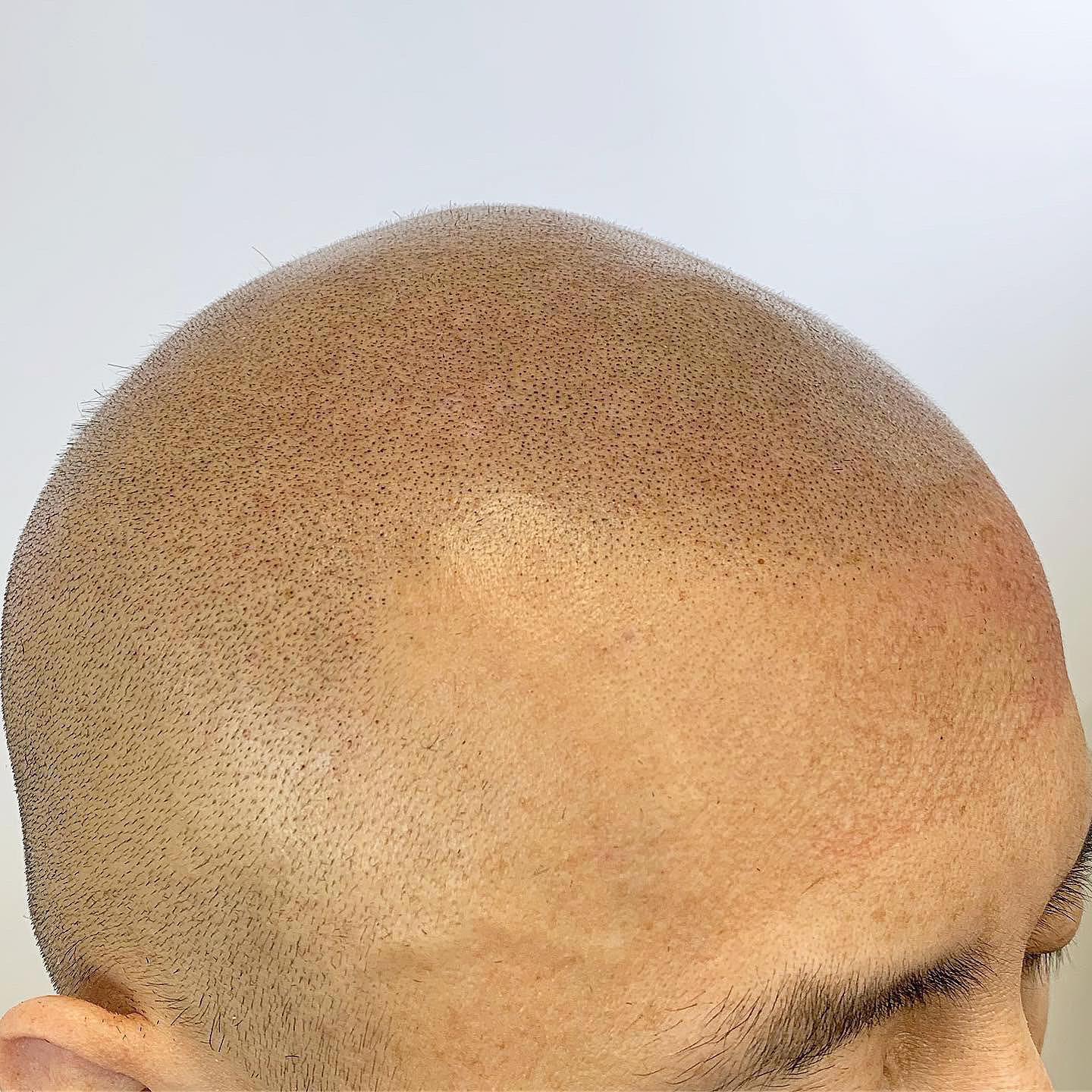 Rob James’ Vancouver scalp micropigmentation clinic, Advanced scalp, is one of the busiest SMP clinics in Western Canada. Rob will always make time to meet, greet and chat with anyone interested in Scalp Micropigmentation. Call 778 917 7772 or email: info@robjamessmp.com