Many people are just learning about the wonders of scalp micropigmentation (SMP). The prospect of gaining their hairline back can be very exciting. However, there are a few fundamental things you should know about the procedure before embarking.

And one of those things is, “does SMP fade?

When done correctly by an experienced artist SMP can be life changing in a positive way.

Over the next series of blog posts I will be going over the basics of what SMP is, what is involved and what are the most common questions I receive during my consultations.

One question I receive on a regular basis is, “Does SMP fade?”

This is a common question that deserves a thorough answer. 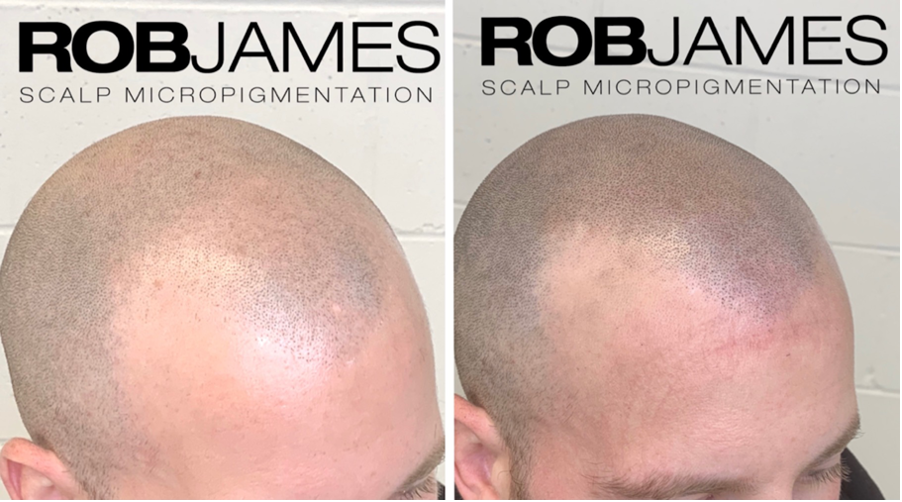 Will my SMP fade over time?

The short answer is, SMP does fade, and if done correctly it will lighten gradually over 3-5 years.

If applied incorrectly it could last a lifetime, and will no doubt look horrendous.

On average your SMP should last about 3-5 years before a refresh is carried out (preferably by the same artist).

The refresh should only take around 2 hours to revamp. Usually a well-placed darker scatter is enough to return the SMP to its original aesthetic.

A refresh does NOT mean that you have to go through all three sessions again.

It’s important to note, that this is based on an average. Some people might need a refresh after 2 years. And some (not many) will have to come back in for a refresh after only one year.

SMP fading is primarily down to two things.

One is your own immune system ability to hold on to the pigment. Immune systems have a tendency to whittle away at anything foreign in the body to varying degrees.

It is important to follow the aftercare immediately after the procedure as well as over the long term.

A good SMP artist should be able to explain the healing process and aftercare rules in detail.

Again, I can only go on averages, some individuals have great retention, whilst other have poor retention.

Why do conventional tattoos last almost a lifetime, but SMP will fade out over 5 years?

SMP a superficial cosmetic tattoo compared to a traditional tattoo

The reason why a conventional tattoo will last such a long time and your SMP will fade out in a handful of years are all down to needle and pigment depth.

A conventional tattoo is applied at a much deeper depth with a very different needle size and process.

If SMP were applied at the same depth, using the same process as a conventional tattoo, the results would not look like real stubble at all. In fact it would probably be discoloured, blotchy and look like a matte finish tattoo.

SMP dot placement on the other hand is placed at a very superficial depth in the dermis. This area is not rich in blood vessels, thus it is able to retain shape and not spread with dilution.

However on the downside, due to it’s proximity to the surface of the skin it does not last as long. As it is more exposed to the elements (UV) and the skin’s natural exfoliation cycles.

If SMP is done correctly the fading should be uniform over the years and as long as the surrounding hair is kept consistently short, the SMP should look good for a long time.

Will my SMP eventually completely fade away?

Some people want to know, if they do not like the SMP but do not want to remove it via laser, can they just wait for it to completely fade?

In short, yes, you can, but again only if it is done properly.

If done properly and blended successfully into the surrounding hair, your SMP should eventually fade to almost nothing.

If a client insists on super dark and super dense, they must understand that as the pigment fades it perhaps will not fade uniformly. Resulting in a patchy appearance or matte look. 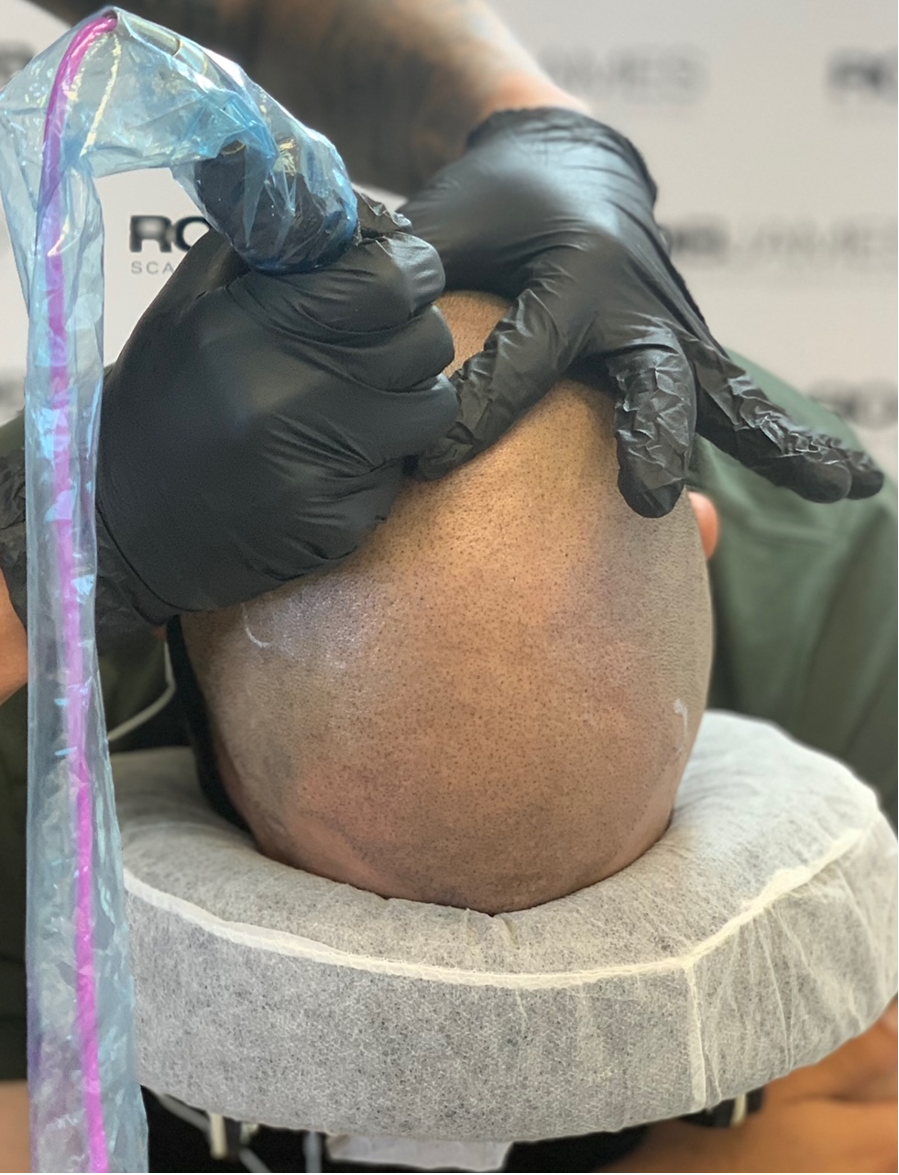 Make sure your SMP is done correctly

An over zealous practitioner can also cause blowouts in an attempt to satisfy a client’s want for darker and denser results. This is why experience and good communication is essential.

So, in closing, SMP can look great years down the line as long as some fundamental rules are followed.

Rob James is an experienced SMP artist who runs Advanced Scalp Clinic in Vancouver Canada. For more information on SMP or to find out if you’re a suitable candidate, contact Rob James at his Vancouver SMP studio: info@robjamessmp.com

Are you experiencing Hair Loss In Vancouver?

Will my SMP look FAKE?

5 Ways To Avoid a Bad SMP

How much does SMP cost in Vancouver?

5 Ways To Avoid a Bad SMP
Scroll to top